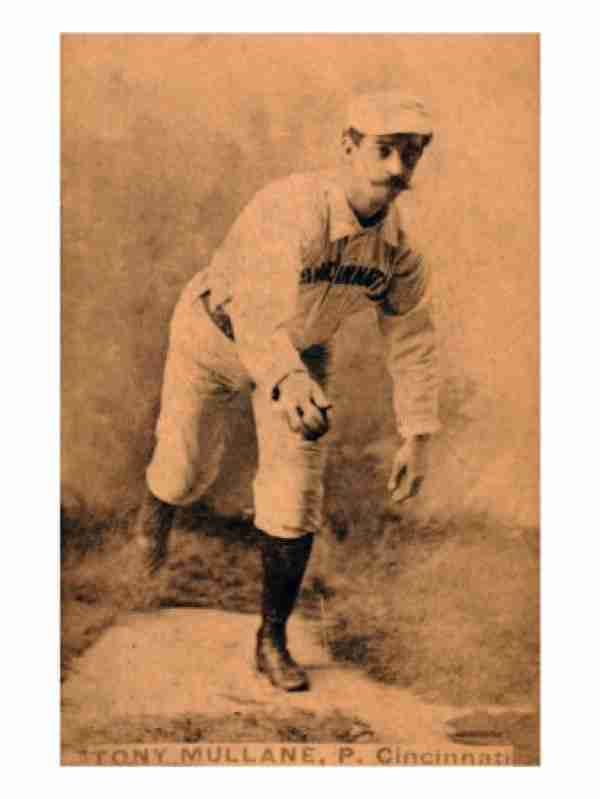 How many people pointed at Bert Blyleven’s 287 career wins year after year and championed his Hall of Fame cause?  We don’t know the exact number, but we are sure that it is a lot more who than those who created logs extolling the virtues of Tony Mullane’s 284 Major League victories.

Maybe people should marvel at those wins.  Mullane was an ambidextrous hurler who could easily baffle batters as back in his day pitchers did not wear gloves thus they had no idea which arm he would throw with.  Mullane was an innings eater who had thirty wins on multiple occasions.  Like many in his day, Mullane was very much a free spirit who challenged the reserve clause and was suspended for the 1885 season and sat out part of the 1892 season in protest over pay cuts.  This may have cost him the magical 300 win number and the fact that he played in the American Association (and not the National League) and had subpar seasons late in his career has made the switch pitching Tony Mullane a distant afterthought among the folks at Cooperstown.

Should Tony Mullane be in the Hall of Fame?

Should Tony Mullane be in the Hall of Fame?

-1 #2 John Roberts 2015-07-30 01:45
When Mullane pitched home runs were rare and there were far less strikeouts and walks so preventing runs was more of a group effort and so wins were less relevant than today.
Quote
-2 #1 John Smith 2015-04-30 01:52
He cannot be compared to Blyleven because in his day pitchers threw underhand from 50 feet and 60 starts in a season was common and complete games were the norm. Baseball was a different game back then so it is hard to judge him.
Quote
Refresh comments list
RSS feed for comments to this post