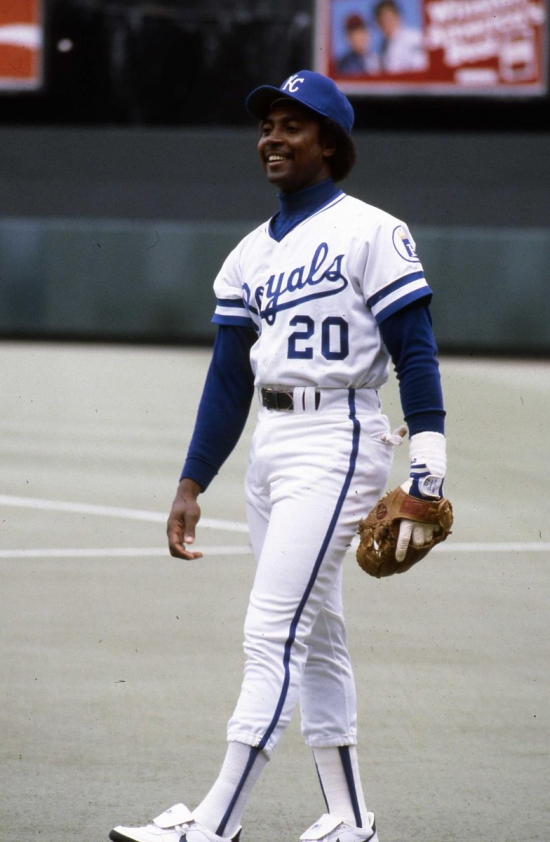 Frank White played his entire career with the Kansas City Royals (1973-90), and he was generally regarded as one of the best Second Baseman in the American League for most of his playing days.

White first cracked the Royals roster in 1973, and in 1976 he was anointed as Kansas City’s starting Second Baseman.  White dazzled throughout his career with his glove, winning eight Gold Gloves, and he is currently second all-time in Total Zone Runs amongst Second Basemen.  White was not always the most productive hitter, but the five-time All-Star did manage a pair of 20 Home Run Seasons, and had 160 career dingers, though his lifetime On Base Percentage below .300.  Still, this was a man who helped the Royals reach the World Series twice, winning one (1985), and capturing the 1980 ALCS MVP.

White would accumulate 2,006 Hits and is entrenched firmly in the top fifty all-time in Defensive bWAR, and Total Zone Runs.

Should Frank White be in the Baseball Hall of Fame?