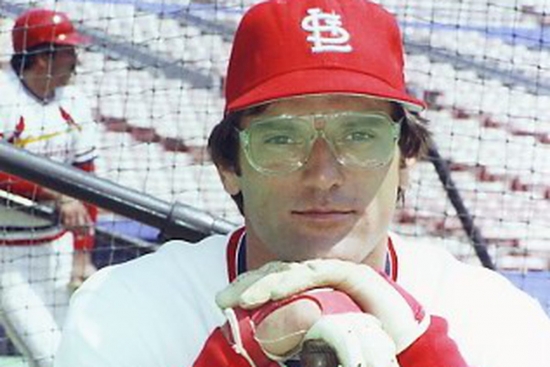 Should Darrell Porter be on this list?  We think so, but a look at his overall statistics might make you feel otherwise.

Porter only had 1,369 career Hits and a respectable 188 Home Runs, but this does not stand out even for a Catcher.  He is best known for his drug use, where stories of his paranoia became legendary.

We aren’t selling this well, are we?

Here is the flip side of this coin.  Porter was not the best defensive Catcher, but Pitchers loved him, and he knew how to call a game.  Yes, his Batting Average was low, but he walked a lot and led the American League in Walks in 1979.  He had good power for his day as a Catcher, with 11 years of at least 10 Home Runs.  Porter was not a top of the order batter, but Catchers weren't expected to be back then.  He was good enough to be a four-time All-Star and was in the top ten in MVP voting (1978 & 1979).

Porter, who also played for Milwaukee, Kansas City, and Texas, had one of the best post-seasons in the modern era, where in 1982, he won both the NLCS and World Series MVP.  It takes a really good player to do that.

Porter never got a vote when he was Hall of Fame eligible, and while we get that, this was a special player who should be remembered more than he is.

Should Darrell Porter be in the Baseball Hall of Fame?