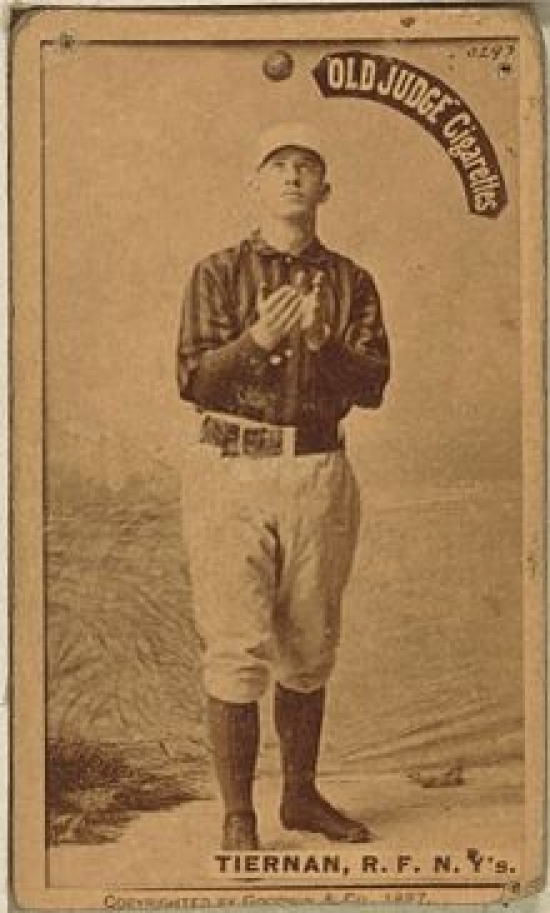 "Silent" Mike Tiernan played his entire baseball career at the highest level with the New York Giants (1887-99), where the Rightfielder (pardon the pun) quietly was once of the better hitters of the 1890s.

He retired with 106 Home Runs, which again we have to state was a very good number for a player who never had a Major League At Bat after 1899!  Tiernan also had 1,838 career Hits and a lifetime Batting Average of .311.  Despite all of those accomplishments, Tiernan was never on a Hall of Fame ballot.

Should Mike Tiernan be in the Baseball Hall of Fame?