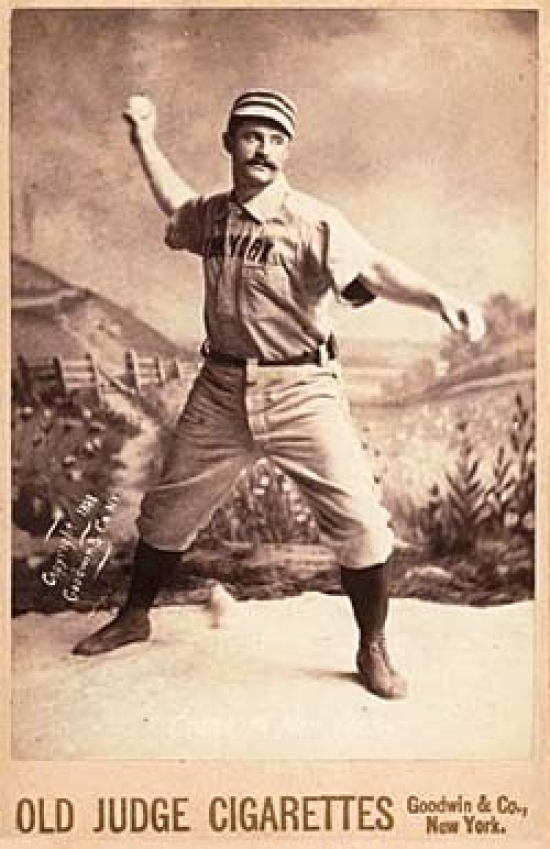 Ed Morris is described by some baseball historians as one of the first great lefthanders.  That may or not be accurate, but he was the ace of a professional baseball team, and that can't be disputed.

In the 1880s, Morris played mostly for the Pittsburgh Alleghenys, the team that would eventually become the Pirates.  The southpaw was a rookie for the Columbus Buckeyes in 1884, but he joined Pittsburgh after Columbus folded.  With the Allegheny in 1885, Morris led the American Association in Innings Pitched (581), Strikeouts (298), and WHIP (0.964), and in 1886, he was atop the league in Wins (41) and WHIP (1.032).  He would have another two years of good ball before arm fatigue caught up, and he left the Major League level in 1890 with a record of 171-122.

As Morris did not play ten pro seasons, he is not considered Hall of Fame eligible; however we will rank him anyway based on overall accomplishments.

Should Ed Morris be in the Baseball Hall of Fame?