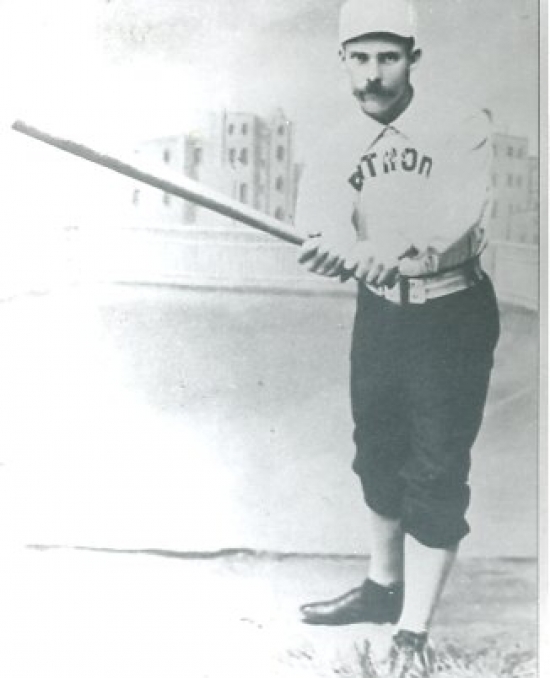 Hardy Richardson was a 14-year veteran whose career slipped through the cracks of baseball history.  This is partly because it was so long ago, as his professional tenure was from 1879 to 1892.  Another part is because the best part of his career happened with two teams that haven't existed in well over a century, the Buffalo Bisons and the Detroit Wolverines.

Richardson was one of the most versatile players of his day.  He could play at any defensive position, and do it well, though he was most comfortable at either Second Base or Centerfield.  Richardson played his first seven years with Buffalo, batting .300 in his last three seasons there.  His contract was purchased by the Wolverines where in his first season there (1886), he led the National League in Hits (189) and Home Runs (11), which was followed by a Wolverines win over the St. Louis Browns in the 1887 version of the World Series.

Richardson would later play with Boston of both the National and Federal League, before quick stops in Washington and New York to end his career.  He would accumulate 1,688 Hits and a .299 Batting Average over his career.

Should Hardy Richardson be in the Baseball Hall of Fame?