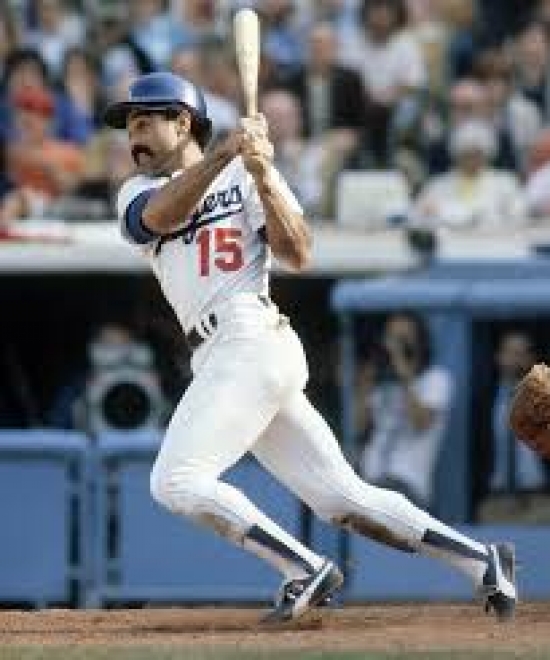 Davey Lopes made his first appearance in the Majors with the Los Angeles Dodgers in 1972, where the Second Baseman would quietly showcase himself as one of the better infielders of the decade.

Lopes and the Dodgers were a team on the rise, and he helped them reach the Fall Classic twice in the 70s.  From 1973 to 1979, the speedster had at least 36 Stolen Bases, leading the National League in that statistic in '75 and '76.  In 1978, Lopes was named to the All-Star Team and would be again the next three seasons.  While Lopes was not considered to be a power hitter, he had 28 Home Runs in 1979 with seven other 10-plus years.  The culmination of that four-year run of All-Stars saw Lopes help Los Angeles win the 1981 World Series.

After the '81 World Series win, he went into journeyman status, traded to Oakland, and later playing for the Cubs and Houston before retiring in 1987.  Lopes left the game with 1,671 Hits, 155 Home Runs, and 557 Stolen Bases.

Lopes would later become a successful Coach, winning a World Series Ring with the Philadelphia Phillies in 2008.

Should Davey Lopez be in the Baseball Hall of Fame?