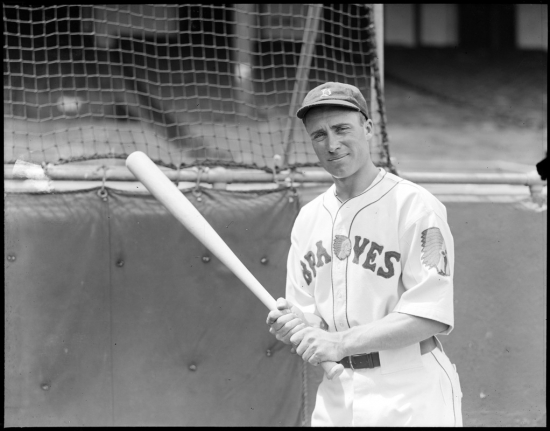 Wally Berger was one of the better sluggers of the National League in the first half of the 1930s, and the Boston Braves were lucky to have him.

Berger had a spectacular rookie season in 1930 where the Outfielder batted .310 and blasted 38 Home Runs, which would be his career-high.  His power dipped below the 20 HR mark in the next two years, but he batted over .300 in his first four seasons.

Berger's skills eroded in 1937, and he was injured for the second half of his career.  He was traded to the New York Giants during the '37 season, and he would finish his career playing for Cincinnati and Philadelphia (NL).

He retired with a lifetime Batting Average of .300 with 242 Home Runs.

Should Wally Berger be in the Baseball Hall of Fame?