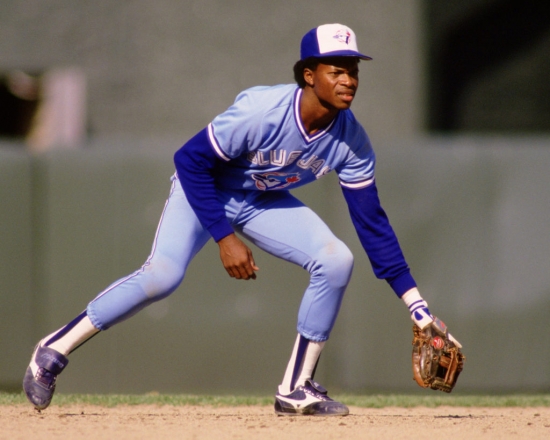 Does the city of San Pedro de Macoris in the Dominican Republic have a formula to create infielders for Major League Baseball?

If they do, one of the best ones they ever gave us is Tony Fernandez.

Fernandez was scouted and signed by the Toronto Blue Jays and made his Major League debut in 1983.  As the Jays improved in the mid-80s, the Dominican Shortstop was one of their stalwarts.  From 1985 to 1988, he would receive MVP votes, showing off strong contact hitting and defense.  In all of those four seasons, Fernandez was named a Gold Glove winner, and he would at least bat .280 with 160 Hits.

An All-Star for the Blue Jays three times, he was dealt to the San Diego Padres in a major trade after the 1990 season, and Fernandez was an All-Star for the fourth time in 1992.  The Shortstop again was a Blue Jay in 1993, where he was a member of their first World Series Title.

Following that collection of the ring, he was a Cincinnati Red, New York Yankee, and Cleveland Indian before going back north as a Blue Jay and going to his fifth and last All-Star Game.  Fernandez went to Milwaukee and returned back to Toronto before retiring in 2001.

Should Tony Fernandez be in the Baseball Hall of Fame?