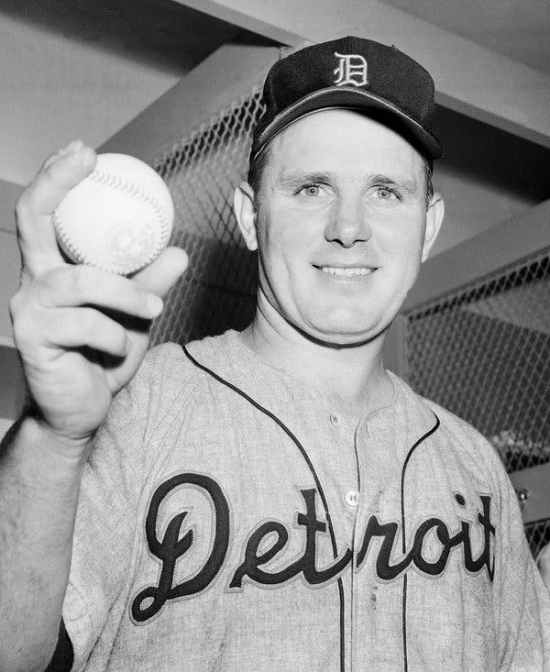 While we never thought Virgil Trucks' nickname of "Fire" was that creative, we did believe that the Alabaman was a pretty good Pitcher in his day.

Trucks Strikeout numbers may not be that impressive today, but for his day, he was one of the most capable flamethrowers in Baseball.  The righthander played the first two-thirds of his career with the Detroit Tigers.  In Detroit, he had five seasons where he posted at least 14 Wins, and was an All-Star in 1949 when he went 19-11 and led the American League in Strikeouts with 153.  Trucks helped Detroit win the 1945 win the World Series, winning his lone start in their championship over the Chicago Cubs.

Trucks was traded from Detroit before the 1952 season to the St. Louis Browns, where he had a strange season, as St. Louis traded him in June that year to the Chicago White Sox.  In his combined year in St. Louis and Chicago, he went 20-10 with a 2.93 ERA and a fifth-place MVP finish, his highest ever.  Trucks was an All-Star again in 1954, with a 19-12 record and a 2.79 ERA.  He played until 1958 with another stop in Detroit, Kansas City, and the New York Yankees.

Should Virgil Trucks be in the Baseball Hall of Fame?