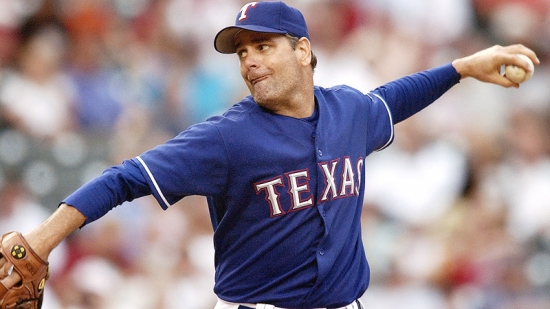 Owning the same name as a Country-Pop legend, Kenny Rogers was one of the most durable pitchers of the modern era.

Nicknamed the "Gambler," Rogers played the vast majority of his career with the Texas Rangers, a team in which he had three stints (1989-95, 2000-02 & 2004-05).  Rogers was a reliever early in his career, and he became a starter in 1993, pitching a perfect game the following season.  An All-Star in 1995 with Texas, Rogers later helped the New York Yankees win a World Series (1996), and he would bounce around to Oakland and later the New York Mets before returning to Texas in 2000.

After a brief stint in Minnesota, Rogers returned to Texas, and at age 39, he entered the best three-year run of his career. He went to three straight All-Star Games, with the third coming as a Detroit Tiger.  That season, Rogers finished fifth in Cy Young voting, the first and only time that he received a vote for the coveted Pitcher's award.

Rogers played until 2008, where he finished with 219 Wins against 156 Losses.  The Pitcher was also notably a five-time Gold Glove winner.

Should Kenny Rogers be in the Baseball Hall of Fame?