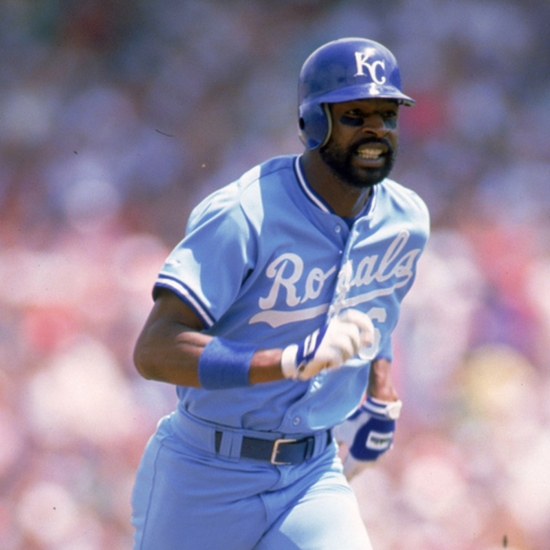 Historically speaking, we don’t think that we are going out on a limb by stating that Willie Wilson was one of the best leadoff hitters in the game.

Wilson spent most of his career with the Kansas City Royals, a team that the Alabama native first debuted for in 1976.  Wilson entered the 1979 season as the Royals starting Centerfielder, and he batted .315 with a league-leading 83 Stolen Bases.  That was the best he ever did in terms of base-stealing, but there was so much more that the speedster had left to offer.

That was the best year of Wilson’s career, but far from the end of his productive ways.  Despite his drug arrest and jail time in 1984, Wilson was one of the best baserunners of the 1980s and batted over .300 three times in the 1980s, including winning the Batting Title in 1982 (.331).  Wilson had five AL leads in Triples, and was a two-time All-Star for Kansas City.

Wilson finished his career with stints in Oakland and Chicago (NL), and he retired in 1994 with 668 Stolen Bases and 2,207 Hits.

Should Willie Wilson be in the Hall of Fame?