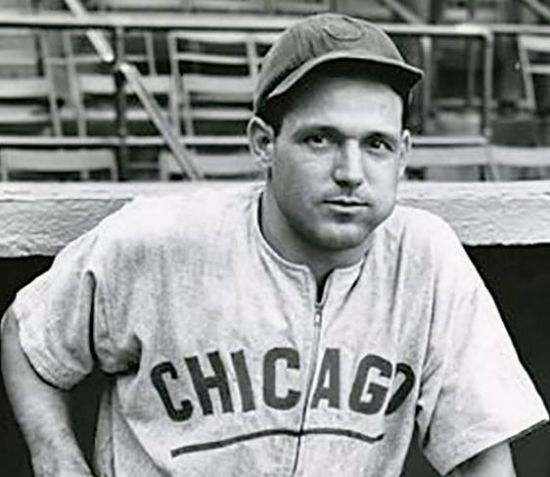 Bill Nicholson had a coffee cup with the Philadelphia Athletics in 1936, but it was with the Chicago Cubs, a team he returned to Majors with in 1939, where he became a star in baseball.

Nicholson was an All-Star in both 1940 and 1941, as the Cubs starting Rightfielder, and his powerful swing (he was nicknamed "Swish") generated fear from National League Pitchers.  Nicholson belted at least 20 or more Home Runs annually from 1940 to 1944, and in those last two seasons, he was the NL leader in Home Runs and Runs Batted In.

Nicholson did not receive full credit during his two Home Run Title years (1943 & 1944) as World War II had taken many baseball players away from the game.  Nevertheless, he was the leader in those metrics, which are the sexiest in Baseball.

In 1945, he was injured for most of the year but still helped the Cubs win the National League Pennant.  He returned to have two more good power years (26 and 19 HR respectively), but Nicholson was traded afterward to Philadelphia, where he finished his career playing five years in a bench role.

Should Bill Nicholson be in the Hall of Fame?