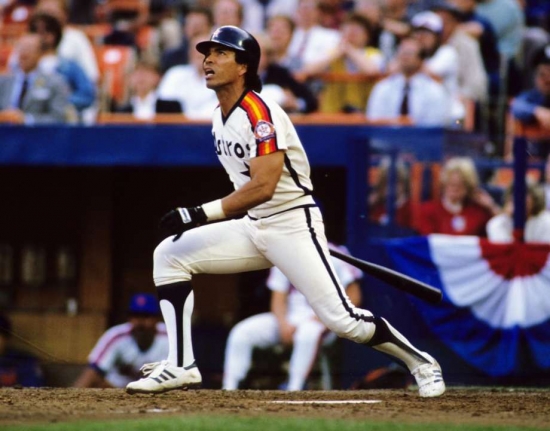 In the late 1970s, and early 1980s, the Houston Astros had put together a good team, but they did not see a lot of National attention, as they had never won anything of note before.  Those who were paying attention to Houston couldn’t take their eyes off their Puerto Rican Outfielder, Jose Cruz.

Cruz played his first five seasons in St. Louis, but he never had a 100 Hit year playing for the Cards.  A trade to Houston in 1975changed his fortunes and Cruz was their starting Leftfielder from 1976 to 1986.  With the Astros, Cruz was a two-time All-Star, and he showed a sweet combination of hitting, power, speed, and defensive skill.

Cruz would have five .300 seasons, and while his 165 career Home Runs is not head-turning, it is more than respectable.  He would have seven 20 Stolen Base years, and while he never won a Gold Glove, Cruz had three top-ten finishes in Total Zone Runs, and he was in the top two among National League Leftfielders in that stat in seven different seasons.  The MVP voters knew that Cruz was very good, as he was third in balloting in 1980, sixth in 1983, and eighth in 1984.

Should Jose Cruz be in the Hall of Fame?