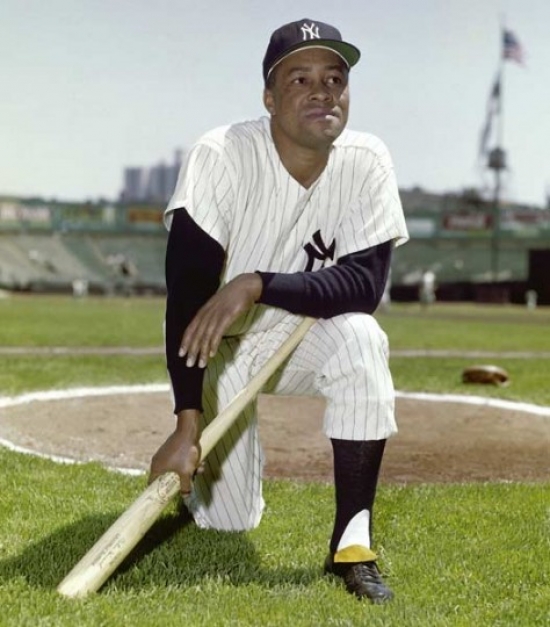 The professional career of Elston Howard began in the Negro Leagues with the Kansas City Monarchs in 1948, but the New York Yankees would sign him in 1950.  After two years in the military and two years in the minors, Howard debuted in pinstripes in 1955.

Howard had learned how to be a Catcher, but with Yogi Berra in tow, he was used as a backup there.  He would receive playing time in the 1950s, either as a backup in the Outfield or occasionally at First Base.  Playing for the Yankees gave him national attention, and he would be regularly named to the All-Star games despite not having a central position.  New York won the World Series in 1956 and 1958, but by 1961, he was finally set to take up the Catcher's position on a regular basis.

Howard again helped the Yanks win the World Series in 1961 and 1962, and in 1963, when he had his career-high 28 Home Runs, would win the American League MVP.  Howard’s nine-year streak of All-Star Games ended in 1965, and he finished his career in 1968 with two final years as a Red Sox.

He would later win two more World Series rings with the Yankees as a Coach in 1977 and 1978.

Should Elston Howard be in the Hall of Fame?