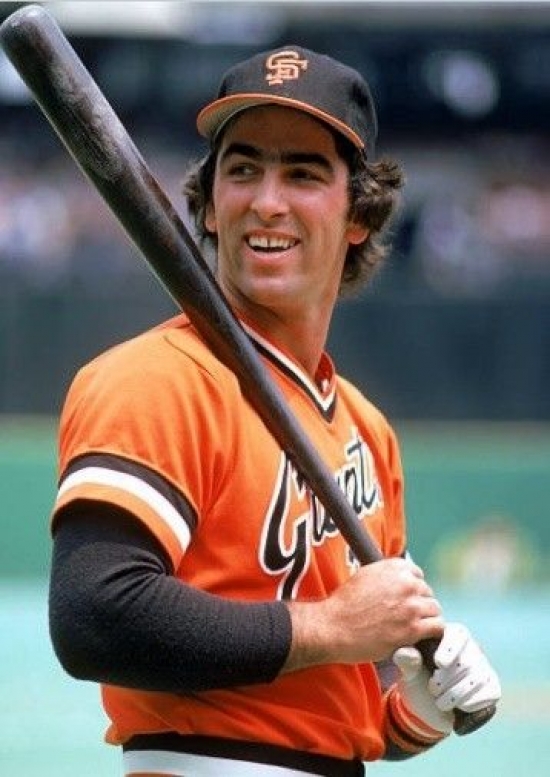 Jack Clark had the nickname of "Jack the Ripper," which was precisely the moniker that befit a lethal power.

Clark first cut his teeth on the Major League level with the San Francisco Giants in 1975, and he had his first 20 Home Run year in 1978.  That season, Clark was named to the All-Star Team, and he would again the following year.  Clark had four 20 Home Run years for the Giants, and he would then join the St. Louis Cardinals, where he spent three seasons, two of which were All-Star years.

In that latter year, Clark led the National League in Walks, which was shocking considering that his 136 free passes were more than 46 than he ever had.  He led the NL in On Base Percentage with .459, and he had an OPS of 1,055.  Clark finished third in MVP voting, his highest ever.  The slugger had been in the top ten in MVP voting three times before, but this was his highest finish.

Clark went to the Yankees in 1988, and he was with the San Diego Padres for two seasons, where he again led the league in Walks, while belting at least 25 Home Runs.  After a pair of seasons with the Boston Red Sox, he retired in 1992, with 340 career Home Runs.  Had Clark developed his ability to gain Walks earlier in his career, he might have gained Cooperstown admission.

Should Jack Clark be in the Hall of Fame?

0 #1 Jamie Marrow 2022-07-31 19:50
Jack Clark should definitely be in the Hall of Fame, he was an excellent ball player and the most clutch hitter I ever saw along with Keith Hernandez. When there was the staff of game-winning RBI he was among the top every season, he was one of the most feared hitters I'd ever heard of, pitchers were terrified to throw to him. I've never seen any ball player hit a ball harder than Jack Clark, Gary Sheffield comes close, but nobody can rip the ball like Jack Clark, he had the most mighty swing I'd ever seen. His numbers alone are good enough to be in the Hall of Fame, I always respected the way he would be open about what he felt about what was going on on the team. He should have been honored by the San Francisco Giants yesterday on the retiring of number 22.
Quote
Refresh comments list
RSS feed for comments to this post