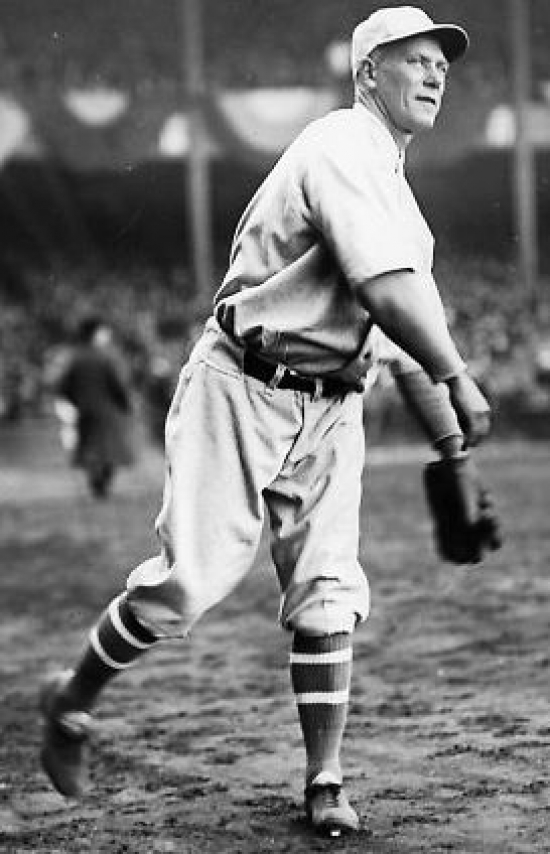 Debuting in 1909 for the New York Highlanders (Yankees), Moyer would play for seven other teams before retiring in 1933 at the age of 50.

While Quinn could not be classified as an ace, he was s spitballer who used his guile and experience to maintain relevance for years.  Quinn only had one 20 Win season (1914 with Baltimore in the Federal League), but he had five 15 Win years.  Quinn only started 443 of his 756 Games, which was unique for that era.  This made Quinn one of the earlier relief pitchers, and in 1931 and 1932, as a Brooklyn Robin, he led the National League in both Games Finished and Saves.  This was after he helped the Philadelphia Athletics win the World Series in 1929 and 1930.

Quinn retired with a record of 247-218, and at the time of his retirement, he was the oldest player to start in a World Series, pitch on Opening Day, lead the league in Saves, record a Win, and hit a Home Run.  He still holds the first three of those five records.

Should Jack Quinn be in the Hall of Fame?