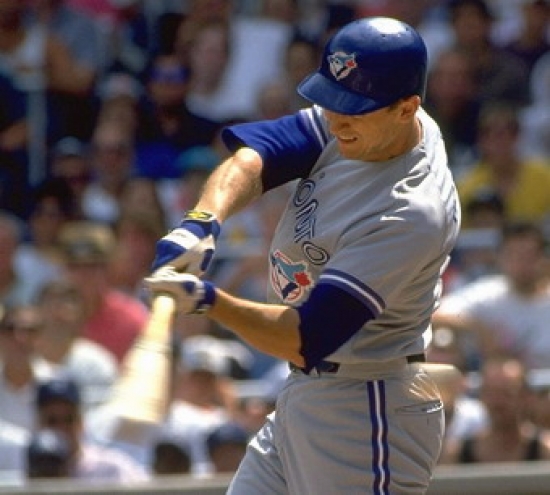 There are many people who think of John Olerud only as the guy who wore a batting helmet in the field, which he did so to protect his skull as (he had a brain aneurysm as a teenager.  He was undoubtedly a lot more than that!

Olerud came up through the Blue Jays system and would become their starting First Baseman in 1992, after platooning for three years.  Having never played a game in the minors, Olerud would help Toronto win the World Series in back-to-back seasons (1992 & 1993), with 1993 being incredibly impressive.  In that season, he would win the Batting Title (.363), and would also lead the American League in On Base Percentage (.473), OPS (1.072), and Doubles (54).

Olerud would not have a year like that again, but there was a lot left for him to offer.  He had three more .300 Seasons (one with the New York Mets and two with Seattle), was an All-Star for a second time in 2001, and overall had five 20 Home Run Seasons, with 255.

Defensively speaking, Olerud was on one of the best at his position.  He would win the Gold Glove three times and would finish either first or second in Total Zone Runs for First Basemen seven times.

Should John Olerud be in the Hall of Fame?