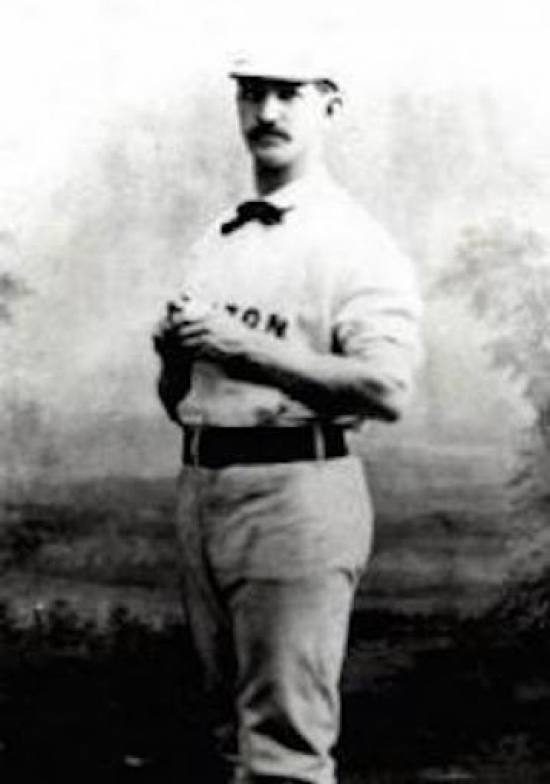 We are going way back for this one, as the career of Tommy Bond began in 1874, where he became the first Irish born baseball player to be a professional.

Bond had a low sidearm delivery, which technically was considered underhand, and was legal at the time.  Bond predated the National League, as he debuted for the Brooklyn Atlantics of the National Association, and was with the Hartford Dark Blues when they migrated to the then infant National League in 1876.  He joined the Boston Red Caps (who are now known as the Atlanta Braves) in 1877, and it was there where he had the best run of his career.  It was in the state of Massachusetts where he had three straight 40 Win seasons (Bond led the NL in that stat in 1877 and 1878) and would also win the ERA Tile in 1877 and 1879.  While he was not considered a flamethrower by today’s standards, he won the Strikeout Title in 1877 and 1878, thus making him the recipient of baseball’s Triple Crown in ’77.

After throwing over 2,000 Innings from 1877 to 1880, Bond suffered from arm fatigue, and the subsequent change of the pitcher's mound from 45 to 50 feet also did him no favors.  He was out of baseball shortly after, but there should be no doubt that Bond was among the best hurlers in the game at one point, and one of the first great ones.

Should Tommy Bond be in the Hall of Fame?