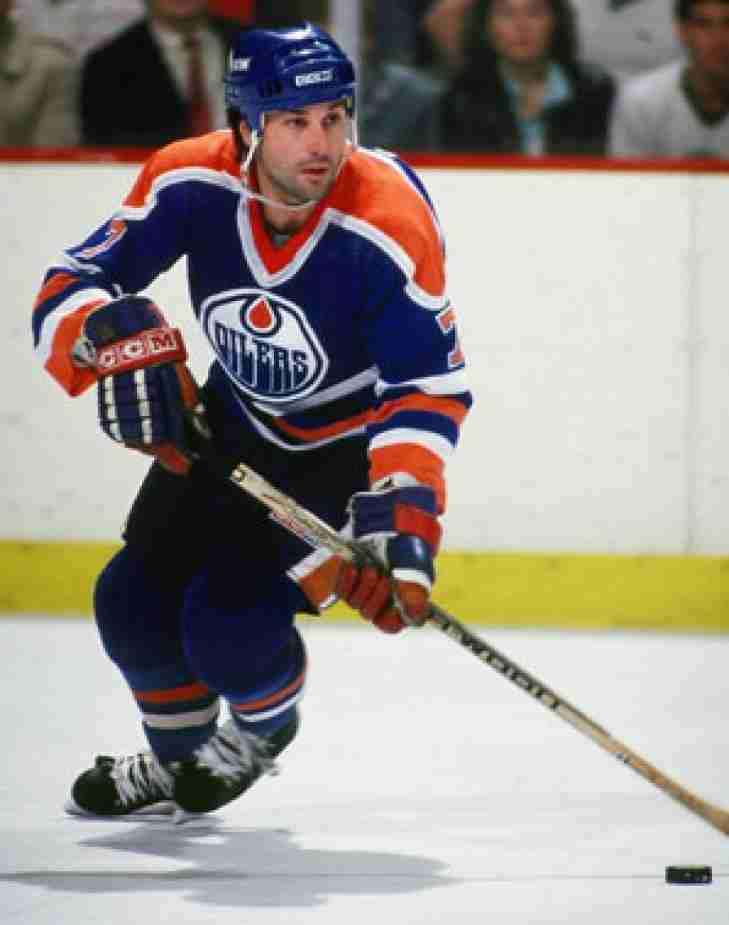 Paul Coffey was the most gifted offensive Defenseman of the 1980’s. Five times that decade, he would hit the 100 point mark, including four 30 goal seasons. His dominance would show in his trophy room with a pair of Norris Trophies (he would win a third in 1995) and seven All Star Team selections, with again another in that 94-95 campaign. Coffey was most known for his initial run with the Edmonton Oilers, where he won the Cup three times with the dynamic Oilers squads.