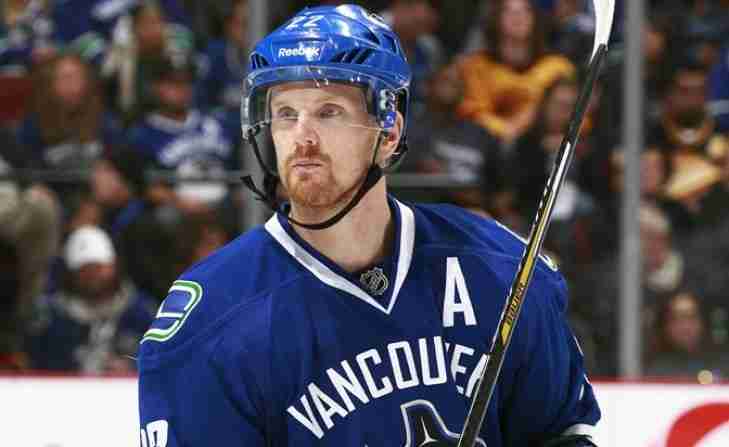 Many of our regular visitors are aware that in our Hockey section, we put up active players who are on the downside of their career.  The reason we do this is that for the Hockey Hall of Fame, retired players are eligible after only three years and the “HOF Clock” begins much sooner.

As such, we have added additional active players to our TBD (to be determined) list.

They are as follows:

Take a look at this crop of potential Hockey Hall of Fame inductees and tell us if they belong in Toronto. 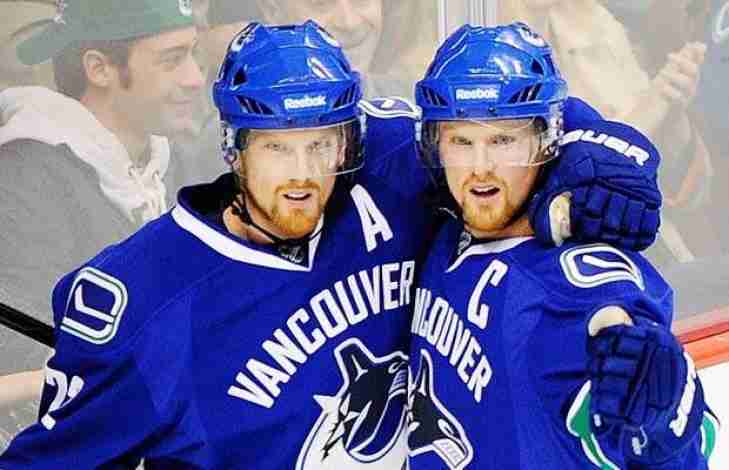 A major announcement took place in the world of the National Hockey League as the Sedin twins of the Vancouver Canucks have announced their impending retirement at the end of the regular season.

Through clever maneuvering in the 1999 Draft the Canucks were able to draft Henrik and Daniel Sedin first and second overall to create the backbone of the franchise for the next seventeen years. While they did not join the NHL right away (they elected to play one more season professional in Sweden) they would slowly become an elite scoring tandem in the biggest professional league in hockey.

Playing Centre and Left Wing on the same line respectively, both Sedins will retire with over 1,000 career Points, which while it does not put them in the top 40 all-time in scoring is more than Hall of Fame worthy in the current era. The Hall of Fame also looks at the trophy case and with that the Sedins are more than adequately qualified.

In the 2009-10 season, Henrik Sedin won the Hart Trophy and the Art Ross. No player who has ever won both ever failed to get into the Hall. Throw in two First Team All Star selections and a King Clancy Award and the mantle seems stocked for Henrik.

Daniel Sedin may never have won a Hart Trophy, but in the 2010-11 season he won the Lester B. Pearson Award, which is the MVP award as voted on by the players. That year he was also an Art Ross Trophy winner and a First Team All Star.

To be clear, the Sedins only said that they were retiring from the NHL and did not say whether or not they would continue to play in Europe. Should they do so, their Hall of Fame clock does not begin as the institution recognizes competitive play in Europe and deems those players active. As such, we will wait to see what transpires before we

Regardless it seems unlikely that the Sedins won’t get in immediately and will likely go in together.

We here at Notinhalloffame.com would like to congratulate Henrik and Daniel Sedin on a wonderful career in the National Hockey League and wish them the best in the post NHL career. 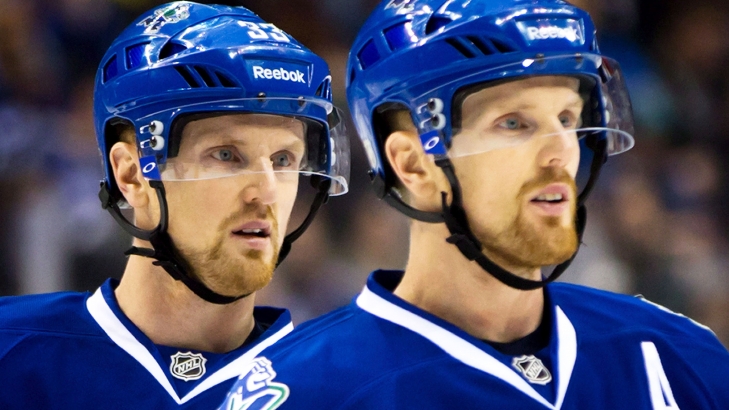 Regular visitors of Notinhalloffame.com know that we are slowly working on the top 50 of every major team in the NHL, NBA, NFL and MLB. Once that is done, we intend to look at how each team honor their past players and executive.  As such it is news to us that yesterday the Vancouver Canucks have announced that they will be retiring the numbers of both the Sedin (Daniel & Henrik) in February.

The Sedins were drafted 2nd(Daniel) and 3rd(Henrik) respectively in the 1999 Draft and the twins would play all 17 of his seasons with the Canucks and it when it was all said and done the brothers would become the best players in franchise history and they are the only siblings to exceed 1,000 Points each.

Not only are they having their numbers retired, the Canucks will be celebrating their accomplishments over three home games.   Danieland Henrikare eligible for the Hockey Hall of Fame in 2021 and will likely both enter on their first year of eligibility.

We here at Notinhalloffame.com would like to congratulate Daniel and Henrik Sedin for earning this very prestigious honor. 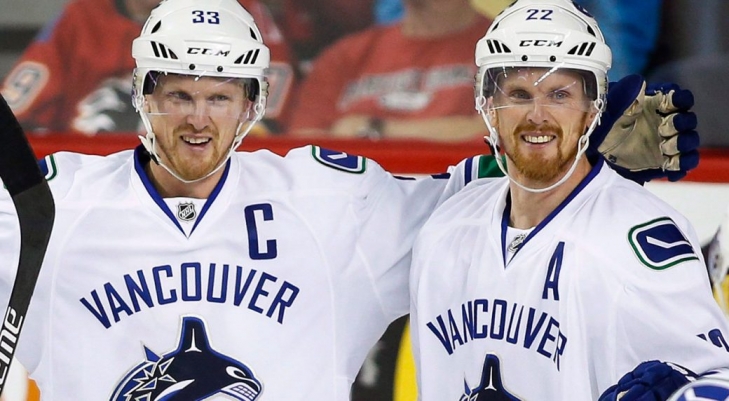 It is a pretty big day for us at Notinhalloffame.com as we are unveiling our new Notinhalloffame Hockey List of those to consider for the Hockey Hall of Fame.

However, this is not just any list, as we have expanded it to 300!

First, off we know what you might be thinking;

We agree.  It isn’t likely to happen.  Obviously, we love lists, and that is, and always will be, the crux of what we do.  Think of them as a great batch of players, all of which were damned good and any bottom 25 of whomever is on our 300 (providing there is a Goalie there) could win a Stanley Cup.

We have not just added new entries up to 300, but retooled those that were already listed.

We then added the new entries who are now eligible for the Class of 2021.  Afterwards, we altered rankings based on your comments and votes.

Before we continue, please note that the Hockey Hall of Fame recently announced that due to the pandemic, they have pushed back the Class of 2020 ceremony to November of next year.  Hall of Fame Chairman, Lanny McDonald said that there might be a dual ceremony with the Class of 2021, or that the 2021 Class might not happen at all.  We certainly are praying that the latter is not the case.

Please note that we do not currently rank women, coaches or builders, although we do have Don Cherry listed.  That is our only exception, which is grandfathered in.

The entire list can be found here, but here is the revised top ten:

1.Henrik Sedin:  Sedin tops the 2021 list, and the career Vancouver Canuck is a former Hart Trophy winner, which usually means you are entering the Hall. If you don’t go by that, he is also a former Art Ross Trophy winner, and every eligible Art Ross winner are in Toronto.

2. Daniel Sedin:  The twin brother of Henrik also played his entire NHL career with the Canucks, but he is not a Hart winner.  That shouldn’t matter as his accolades include an Art Ross (see above), and he won the Ted Lindsay Award.  The Sedins are also Olympic Gold Medalists for Sweden.

3. Alexander Mogilny: The Russian has been eligible since 2009 and was once #1 on our list.  Mogilny, who led the NHL in Goals in 1993, was ranked second number two.

5. Daniel Alfredsson: Alfredsson remains at #5, and is one of three Swedish players in the top five.  Playing mostly with the Ottawa Senators, Alfredsson is a six-time All-Star and Olympic Gold Medalist with Sweden in 2006.

6. Don Cherry:  Cherry drops from #4, and at one time he was ranked #1 on our list.  It has not been a good twelve months for Cherry, as he was fired from Sportsnet for what was deemed racist comments.  As mentioned above, Cherry is the lone exception to our rule about ranking coaches/builders in our core lists.

7. Jeremy Roenick:  You could say that Jeremy Roenick had the same year as Cherry, as the acerbic American lost his job with NBC due to sexist comments on a podcast. That does not affect his on-ice accomplishments, which were nine All-Stars and 1,200 Points.  He moves up from #8.

9. John LeClair:  LeClair holds on to his number nine slot, and he was chosen for two First Team All-Stars and three Second Team All-Stars.  LeClair accomplished this with Philadelphia and he was a Stanley Cup Champion with the Montreal Canadiens.

10. Bernie Nicholls:  Nicholls drops three spots and concludes our top ten.  He is a three-time All-Star with over 1,200 NHL Points.

Swedish Center, Henrik Zetterberg is at #29.  He played his entire NHL career with the Detroit Red Wings, and he is a member of the Triple Gold Club.  Just behind him is Rick Nash who makes his first appearance at #30. Nash was a two-time All-Star and a two-time Gold Medal winner with Canada.  Three-time Stanley Cup Champion,Patrick Sharp, debuts at #75.  Scott Hartnell comes in at #106. 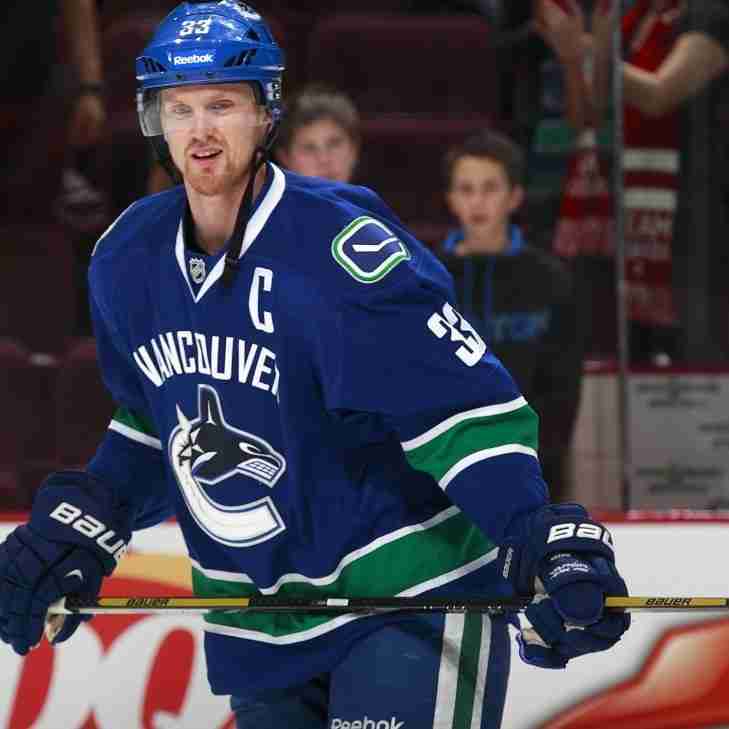