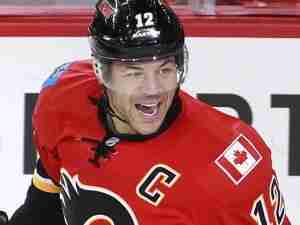 One of the best and most resected power forwards in his era, Jarome Iginla emerged as a physical presence and a very consistent scorer. Currently, Iginla holds the record for the most Goals and Points in Calgary Flames history and has led the NHL in Goals twice and Points once. With three First Team All-Star selections under his belt, and the 1,000 Point plateau hit, Iginla has a resume that should get him inducted into the Hockey Hall of Fame in his first year of eligibility.  It also needs to be discussed that Iginla won the Gold Medal with Canada at the World Hockey Championship, the World Cup and the Olympics twice.  Pretty impressive wouldn't you say?