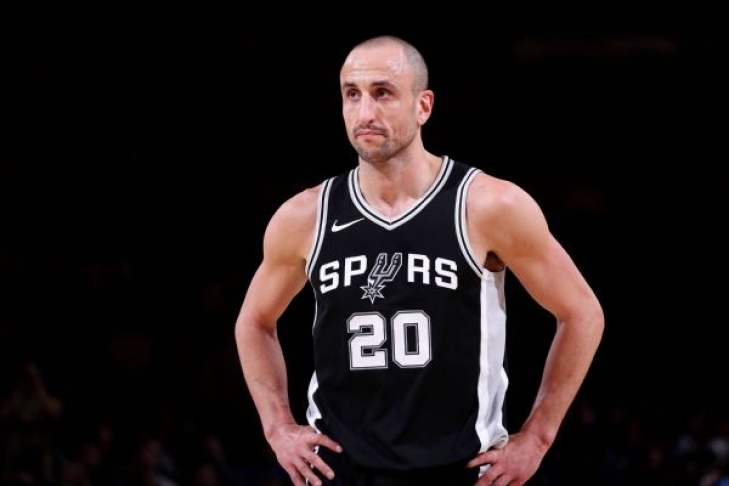 Manu Ginobili announced today via his Twitter that at the age of 41 he is ending his career in the National Basketball Association. As you would expect, he did so in a humble and simple way:

“Today, with a wide range of feelings, I’m announcing my retirement from basketball. It’s been a fabulous journey. Way beyond my wildest dreams”

From Argentina, Ginobili began his career playing in the Argentinian League and at age 20 would move to Europe to play for Viola Reggio Calabria in the Italian 2nd Division, where his efforts were good enough to get the team promoted to the 1st Division. He caught the attention of NBA Scouts and he was drafted by the San Antonio Spurs and he would be drafted in the 2nd Round, 57th Overall in 1999. The Argentine would not sign with the Spurs but would continue to play in Italy where he signed with Virtus Bologna where he played for two seasons. Ginobili would help Bologna win the EuroLeague in 2001 and was named the Finals MVP. He truly had his coming out party in 2002, where in Indianapolis he helped Argentina win the Silver Medal in 2002 and he was named to the All-Tournament Team. He was then ready for the NBA.

It took awhile for Ginobili to really find his groove in the Association but once he did he proved how much of a steal he was in the draft. Ginobili’s rookie season in the regular season was not headturning but his playoffs were as his minutes increased and he helped San Antonio win the Championship. His play gradually improved and in the 2004-05 season he was named a reserve in the All Star Game and now as a bona fide starter he had a much larger role in helping San Antonio win another title. This would cap a spectacular twelve month period as Ginobili led Argentina to a surprise win at the 2004 Olympics.

Ginobili would become part of San Antonio’s “Big Three” along with Tony Parker and Tim Duncan and while injuries began to pile up, Ginobili was still very effective posting good traditional numbers and even better advanced metrics. From the 2004-05 Season to the 2011-12 Season, the Shooting Guard never had a PER under 20 and had a 16.5 PPG. He would go to his second All Star Game in 2011, while also winning another NBA Title (2007) and a Bronze Medal in the 2008 Olympic Games. He was also named an NBA Third Team NBA All Star twice (2008 & 2011)

Following this stretch, Ginobili, who previously was used both as a starter and reserve, was relegated to a bench role permanently, but his selfless attitude and still effective shot still made him valuable to the Spurs, which was shown as he helped them win the championship again in 2014.

Ginobili leaves behind a legacy as a clutch performer, an incredible teammate and consummate winner. He is one of only two players to with the EuroLeague, the Olympics and an NBA Championship, and his overall body of work should be enough to land him into the Naismith Basketball Hall of Fame.

We here at Notinhalloffame.com would like to thank Manu Ginobili for the great memories on the court and we wish him the best in his post-playing career.