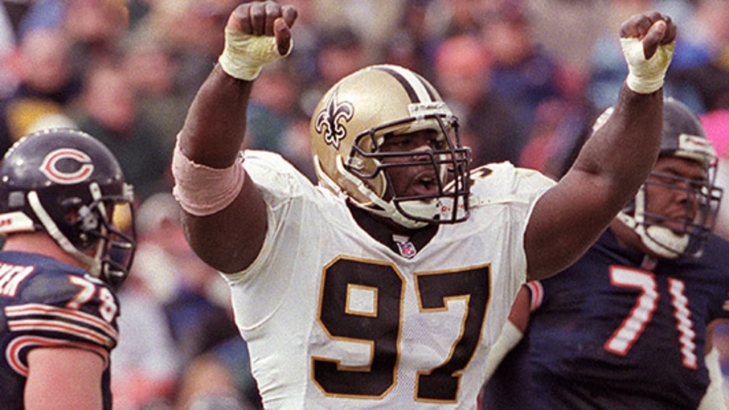 La’Roi Glover had a less than spectacular start in pro football.  The Oakland Raiders selected him in the Fifth Round in 1996, but the San Diego Aztec only played two games as a rookie.  He then played for the Barcelona Dragons in the World League, winning the World Bowl, but he was placed on waivers by the Raiders in the following training camp. The Saints swooped in, and the rest of the story begins.