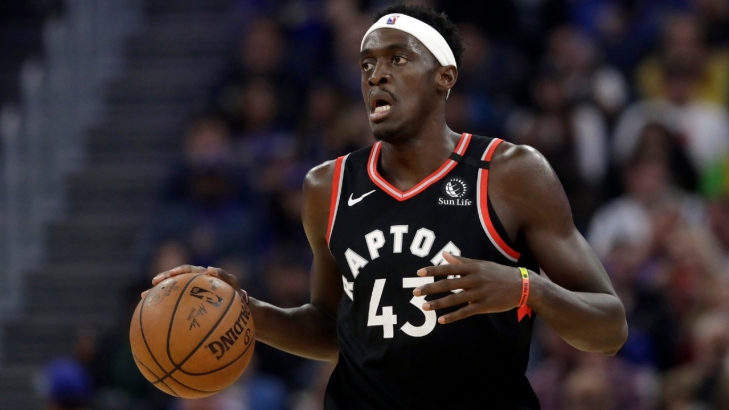 Pascal Siakam was a late starter in basketball, as the Cameroonian did not play until his early teens.  He was a natural and moved to the U.S. at age sixteen to develop his skills, which would land him at New Mexico State.  Siakam won the WAC Player of the Year, but he was not expected to do that much as a pro.  The Raptors took him late (27th) in the 2016 Draft, and the project that was Pascal Siakam began.

Siakam played a good amount of his rookie season in the G-League, winning a title and Finals MVP there, after which the Power Forward stayed with the Raptors for good.  A backup for most of 2017-18, Siakam became a starter in 2018-19, in a season where it felt like he improved with every game played.  Siakam was electric in the playoffs, playing a large part in their first NBA Championship.  For his regular season efforts, Siakam won the NBA Most Improved Player of the Year Award.

Siakam was no longer going to sneak up on anyone, but he got even better in 2019-20, going to his first All-Star Game, collecting a Second Team All-NBA nod, and averaging 22.9 Points per Game.  Siakam slipped last year, but as of this writing, he is their best player and capable of more All-Star Game appearances.