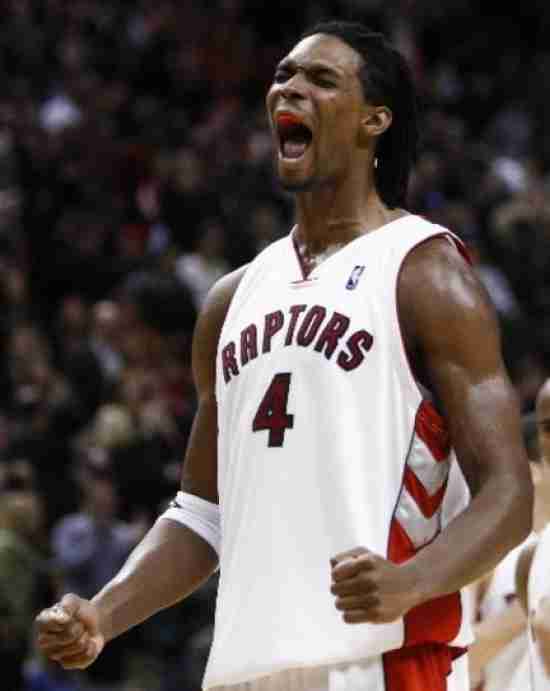 Vince Carter was the player who put the Toronto Raptors on the map, but Chris Bosh is the one we are going with as the franchise’s greatest player.


Bosh would later win two NBA Titles with the Miami Heat, but when he was with the Raptors, he was the first option, scoring and rebounding at high rates.  Bosh averaged 20.2 Points per Game as a Raptor with five seasons going over 22 PPG and three of those where he averaged a double double.  While Bosh would become a perennial All Star, his only All League accolade was a Second Team Selection in 2007.  It was also with Toronto where he would finish in the top ten in Points per Game (three times) and Rebounds per Game (twice).

Not a bad pick in the most loaded NBA Draft Class ever!

We are giving this to CB4 right now, though we know his hold on this title is tenuous at best.