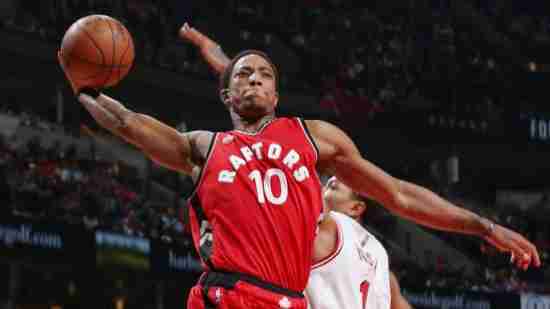 DeMar DeRozan took over as the all-time leading scorer for the Toronto Raptors this past year and he has become the go to player for the “We The North” franchise”.  The four-time All-Star has watched his game statistically and efficiently improve his game year after year and the only reason he does not have a higher rank is because of his early seasons where his overall game was far from complete.


This would change, as DeRozan worked on all of the facets of his game, increasing his advanced metrics.  He would be named a Third Team All-NBA player in 2017 and Second Team All-NBA in 2018, and he was flirting with the upper-tier.  As good as DeRozan became, and despite being considered to be the Raptors best player, Toronto GM, Masai Ujiri, pulled the trigger on a deal with San Antonio sending Kawhi Leonard the other way.  The gamble paid off, and Toronto won their first NBA Championship, but the sacrifices that DeRozan made to build the Raptors were a huge part of what was their eventual success.