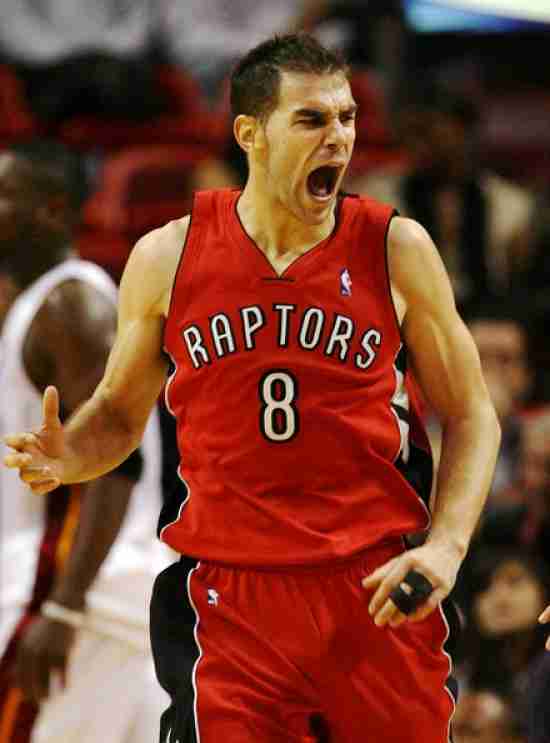 We know what a lot of you are thinking.

How can Jose Calderon be ranked this high?

The Spanish born Point Guard is one of the few players in Raptors history to play in over 500 Games.  Other than his rookie season, Calderon never had a PER lower that 16 as a Raptor.  This includes a 20.5 season in 2007-08.  His 10.0 PPG as Raptor is respectable as his 7.2 APG.  When he got to the free throw line, he rarely missed, even winning a Free Throw Percentage Title.  He is one of the few Raptors with more than 40 Win Shares.

Was “Ocho” an elite player?  No.  But he was a decent one who was better than slightly more than half of the other Point Guards in the National Basketball Association for long enough in a franchise this young to earn this spot.

And by the way, he was better than you think!