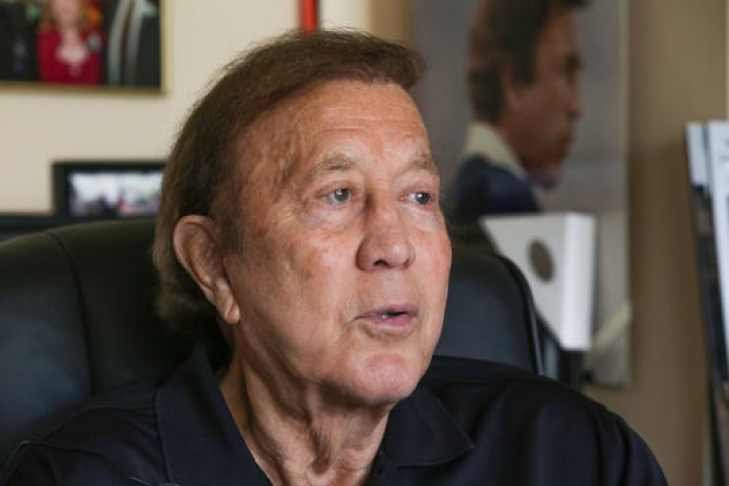 In a recent piece on ESPN, Tom Flores had a few things to say about the Pro Football Hall of Fame.  As you can deduce, it was not exactly positive.

Like the rest of us, Flores knew that it did not look good when three weeks before the Super Bowl, Hall of Fame President, David Baker, appeared on the AFC Divisional Game pre-show to present Bill Cowher his gold jacket.  At that point, there was only one spot left, as the Blue Ribbon Committee had only two spots out of ten to give in the Coaches pool.  It was a bit of a surprise, as Flores and Don Coryell were both Finalists last year, when the Coaches were placed in the same pool as the players.

Baker would be busy that weekend. The following day at the half-time show, he showed up to present Fox’s Jimmy Johnson his gold jacket.  While this made for great television, and it was phenomenal to watch play out, it was evident at time that Flores was not getting in. In that ESPN piece by Paul Gutierrez, that was when Flores knew too.

In a defence on Baker, the Pro Football Hall of Fame has no obligation to tell people ahead of time if they are getting in or not ahead of time, but it is a really shitty way to find out, especially when you were told, as Flores was by Baker, that he was “almost a shoo-in” for the Blue Ribbon Committee panel of 2020.  Maybe, that is why he said “almost”.

Baker and the Hall took a lot of criticism, and it is easy to see why.  Neither Cowher or Johnson were Finalists last year, and Flores was. Coryell, for that matter had reached the Final Round on five previous occasions.  Standard thought would have thought that Coryell and Flores were on the pecking order over Johnson and Cowher, and in terms of their actual accomplishments, they should be.

Is it as simple as Baker and the Hall looking for televised feel-good moments?  Again, it looked great on tv, but it made you wonder if Flores was working as an analyst on a station that broadcast the playoffs, would he be in right now?

In the piece, Flores said:

Everything he said was right. The Raiders fan base is among the loudest in Pro Football, and they were vocal about his omission.  The Broncos fan base were livid over the snub of Randy Gradisha

Will Flores get in next year? We are assuming that they will revert the Coaches back to the players pool, and Flores will have an excellent chance to enter the Hall in 2021, but this is a dance we have seen before.  He turns 83 next month, and while he is in good health, he may not be alive to see his induction.

As always, we will be watching when Baker comes a knocking.