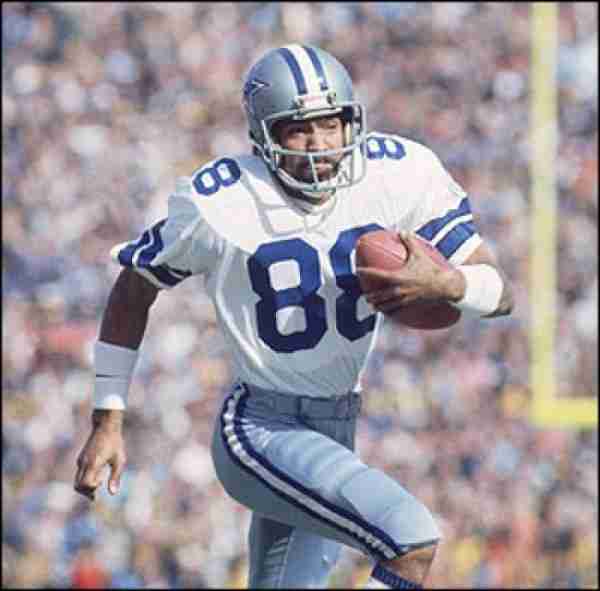 As shown with earlier entries, the 1970s may have delivered some great wide receivers but statistically, they don’t measure up to the huge numbers put out by the current generation.  Drew Pearson was a star in his time, but he is sometimes forgotten due to the time in which he played.

In the mid 70’s Drew Pearson was the Cowboy’s go-to receiver and the one they counted on in the clutch.  He was a big play receiver and was named to the 1970s All-Decade team and led the league in receiving yards in 1977.  Had there been ESPN when he played he would have been a Sunday night staple on Sports Center.


As good as he was, he had been overtaken by the stats later receivers tabulated in the more open game.  This could be why someone like Pearson who was considered to be bubble Hall of Fame candidate could not even get on the Semi-Finalist list.  What did occur is that he was chosen as a Finalist for the 100th Anniversary Centennial Slate Class.  He didn't get in and his reaction was heartbreaking.

-5 #6 Rasputin 2014-06-14 20:02
Greatest clutch WR of all time, and one of the greatest playoff WRs. Pearson is the only first team 70s All Decade offensive player not in the HoF and his omission is a travesty.

Pearson's stats are much better than Lynn Swann's. While his career was cut short by a car wreck, Pearson averaged more yards and receptions per game than Cliff Branch and Swann, and more than John Stallworth in the 1970s (Stallworth' s career numbers are skewed up by playing through the stat inflated 80s). Otis Taylor's stats are skewed by playing in the 1960s, and in the pass happy AFL to boot, the 1970s being the only decade in NFL history where passing stats declined from the previous decade, probably due to the combination of the merger (weaker AFL teams watered down NFL numbers and saw their own previously gaudy stats fall crashing to earth with the onset of inter-confer ence play) and the simultaneous rise of several of the greatest defenses of all time. Taylor had nowhere near the impact that Drew Pearson did.