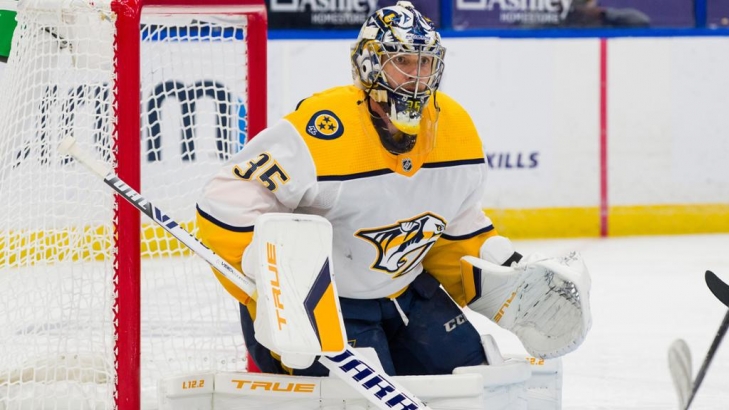 When you are taken 256th Overall in the NHL Amateur Draft, just making it to the largest North American hockey league is hard enough.  Putting that in perspective, what Finnish Goalie, Pekka Rinne accomplished was miraculous.

Drafted in 2004, Rinne played a combined three NHL Games in his first three years in the United States, but he was clearly a netminder on the rise, and he became Nashville’s top Goalie in 208, a role he held for well over a decade.

Rinne was named a Second Team All-Sar in 2010-11, finishing second for the Vezina, and he was third for that trophy the following year where he led the NHL in Wins (43).  As Nashville improved around him, Rinne was able to lead the Predators to the Stanley Cup Finals in 2017.  Nashville did not win the Cup, but the Preds were contenders because of his efforts.

In the following year, Rinne, who was twice second for the Vezina, would win that elusive award on the strength of his 42-13-4 Record and 2.31 GAA.  Rinne never had another season like that again, and he played three more years before retiring with a 368-212-75 lifetime record with a 2.43 GAA.