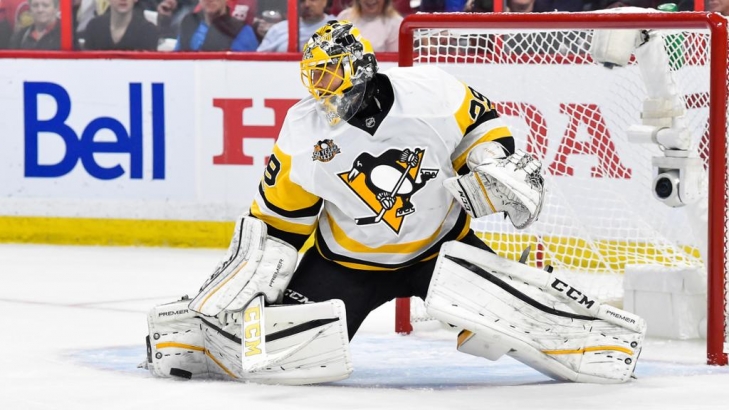 Marc-Andre Fleury was the First Overall Draft Pick of 2003 would actually start in net for the Pittsburgh Penguins that year as an 18-year old, making him the youngest ever to start in between the pipes.  He would get better annually and would be the starting Goalie in the Pens Stanley Cup Championship in 2009.  While he was not a threat for the Vezina as a Penguin, he was a steady presence for Pittsburgh and a definite asset for Pittsburgh as they made their Championship runs.  He would help Pittsburgh win the 2016 Cup (though played sparingly due to post-concussion syndrome) and again in 2017, where he backstopped them to their fifth Championship.