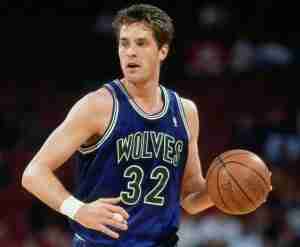 Christian Laettner is one of the best 10 college players ever leading the mighty Duke Blue Devils to two NCAA championships in a row.  He played the greatest game ever and hit the biggest shot in college basketball history.  He was the only college member of the Dream Team.  So why is he so low?  Well, he did not have the most stellar pro career and is thought of as being soft and was the not exactly popular.  Can you say OVER-RATED?  As the Hall recognizes college and pro achievements, his rank here is justified but as he was elected into the college hall in 2010, the chances of him getting in the regular Hall are getting slimmer by the day.
Subscribe to this RSS feed