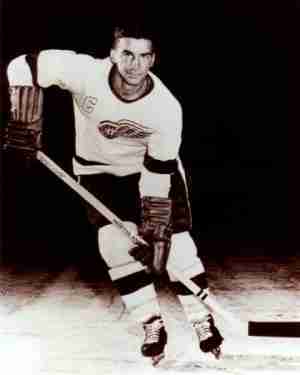 Unarguably the best Left Wing of the 1950’s, Ted Lindsay was admitted right away to the Hockey Hall of Fame without having to wait the mandatory three year period after retirement. (Though, it should be noted that Lindsay retired once in 1960 and could have gone in before he returned in ’64) “Terrible” Ted was considered one of the toughest players in the NHL and spent his fair share of time in the penalty box, he was also a very good offensive producer and won the Art Ross once and led the league in assists twice. He was also a First team All Star a whopping eight times.
Subscribe to this RSS feed