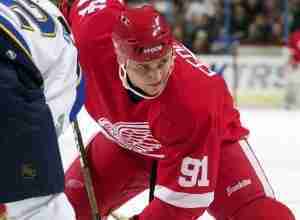 One of the flashiest players to ever be born in the Soviet Union, Sergei Fedorov, dazzled fans in Russia and in North America where he was a star with the Detroit Red Wings. Fedorov helped take the Detroit Red Wings to three Stanley Cups and is himself a former Hart Trophy Winner.