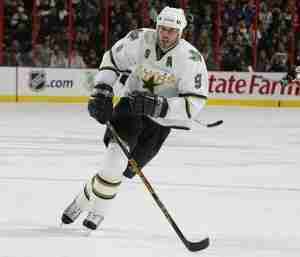 The first player selected in the 1988 NHL Draft, Mike Modano would go on to have a very fruitful career as the highest scoring player all time by an American born player. Modano would take the Dallas Stars to their first ever Stanley Cup Championship in 1999 and would also be named to a Second Team All Star squad.