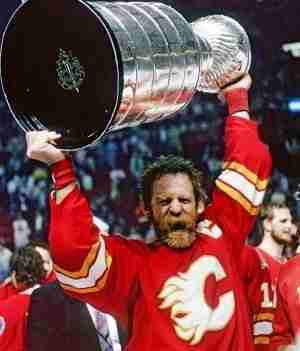 Possibly best known for his walrus like moustache more than anything he ever did on the ice, Lanny McDonald ended his professional career in about as perfect fashion as possible, by lifting up the Stanley Cup for the first time in his final game as a member of the Calgary Flames. Everywhere McDonald went, he proved to be productive player on the ice, and popular man with the fans. He is a 1,000 career point producer and twice was a Second Team All Star. As evidence of his perseverance, McDonald won the Bill Masterton Trophy in 1983 and the respected King Clancy Award in 1988.   Lanny may not have been the best player in the game, but he was a player that everybody wanted to have on their team.