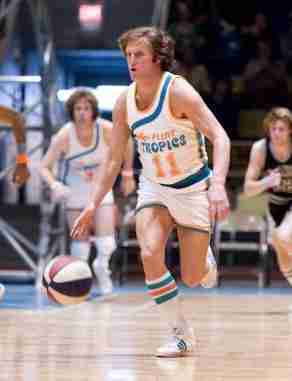 There was something a little strange seeing Woody Harrelson in Semi-Pro. It was not because we didn’t buy him as a Basketball player, as he proved it years before in White Man Can’t Jump, but he was the straight man, which was essentially the “sane” man in the Will Farrell vehicle. As Ed Monix, Harrelson was a washed up physically, though he continued to play at a pro level due to his high Hoops IQ. Monix may not have been the star, but a lot of his role comprised (leading man, de facto team leader) had first billing tendencies. Overall, Harrelson was the balance needed to Farrell’s goofiness, and the film would not have been the same without him.

Why you should vote for him:
Woody looked like a Basketball player, which is more than many of our fictitious athletes can say.