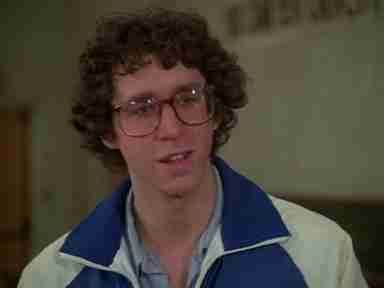 Why you should vote for him:
Does he get points for being the first Jewish athletic character on American television?

Why you should not vote for him:
This was a nerdy character that we were not given a lot reason to cheer for or sympathize with.