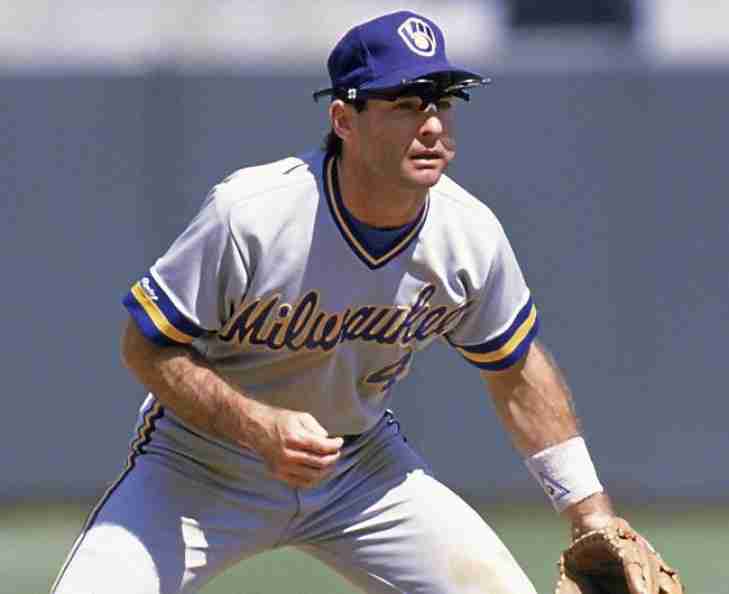 Inducted into the Baseball Hall of Fame in his first year of eligibility, Paul Molitor was with the Blue Brew Crew for the first fifteen of his twenty-one seasons in Major League Baseball.  One of the most complete hitters of the game, Molitor had seven seasons where he batted over .300, had moderate power numbers (160 Home Runs as a Brewer) and would eight-time exceed 30 Stolen Bases.