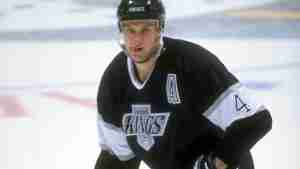 A former Norris Trophy winner with the Los Angeles Kings, Rob Blake was named a First Team All Star once and a Second Team All Star three times. Blake was a member of the Colorado Avalanche Stanley Cup Championship in 2001 as well as an Olympic Gold Medalist in 2002 for the Canadian National Team.