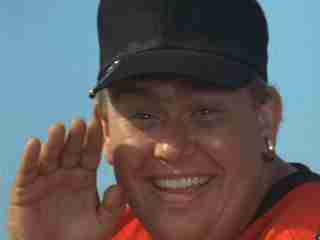 Perhaps this is a bit of a stretch but the final act of John Candy’s (Jack Chester) film, “Summer Rental” saw him sail his way to victory in an old boat while defeating the blowhard who looked suspiciously like Rambo’s only friend. There has to be something memorable about Candy winning the regatta by using his boxers as a sail, and the Chicago Blackhawks jersey he wore on the beach. Still, we prefer the scene where he explains his favorite Smurfs episode, but we here have never been accused of our high level of maturity.

Played for:
His Family

Why you should vote for him:
How about just for the love of SCTV?

Why you should not vote for him:
Is sailing a sport?