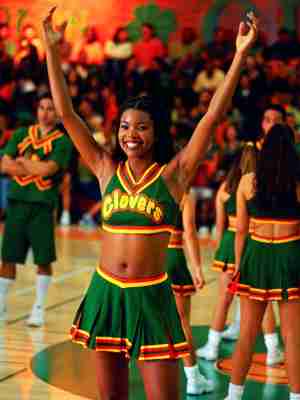 Is Isis really a villain? Yes, Gabrielle Union was the opponent of Kirsten Dunst in the cheerleading film, “Bring it on”, but it was her routine that was unwittingly stolen, and though she does not play a sympathetic character in most of the film, many cheered her victory in the end. Again we ask…is cheerleading a sport?

Why you should vote for her:
She was one of the most worthy opponents in sports cinematic history (seriously).

Why you should not vote for her:
Cheerleading is not exactly a sport.