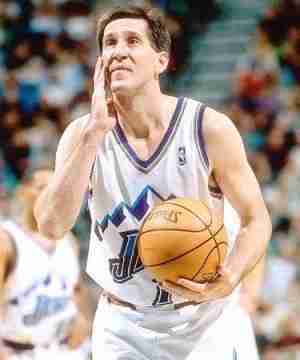 Jeff Hornacek was a late second round pick out of Iowa State where he had played point guard.  His ability to pass was often overlooked later in his career as he is currently in the top fifty in career assists.  One of the great shooters in the history of the league, Hornacek was a great third scoring option on two different title contenders.  Best known for his play with the Jazz when they challenged the Bulls in back to back years, Hornacek's consistency helps his chances but the fact he was never even the second best player on teams that didn’t win greatly hamper his Hall of Fame chances.