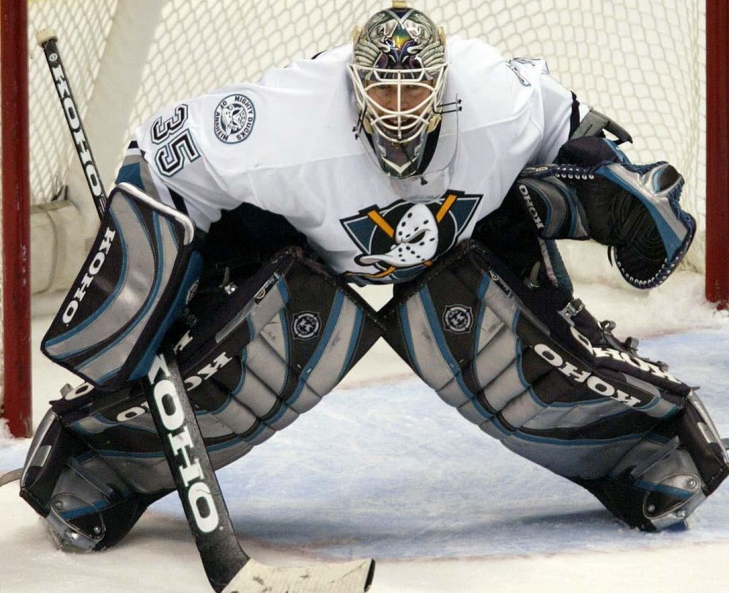 Jean-Sebastian Giguere was a First Rounder by the Hartford Whalers in 1995, and he played there briefly before he was traded to Calgary.  Giguere did not accomplish much as a Flame, so most people likely didn't think much of it when he was shipped off to the Mighty Ducks.  The hockey world would notice him soon after!