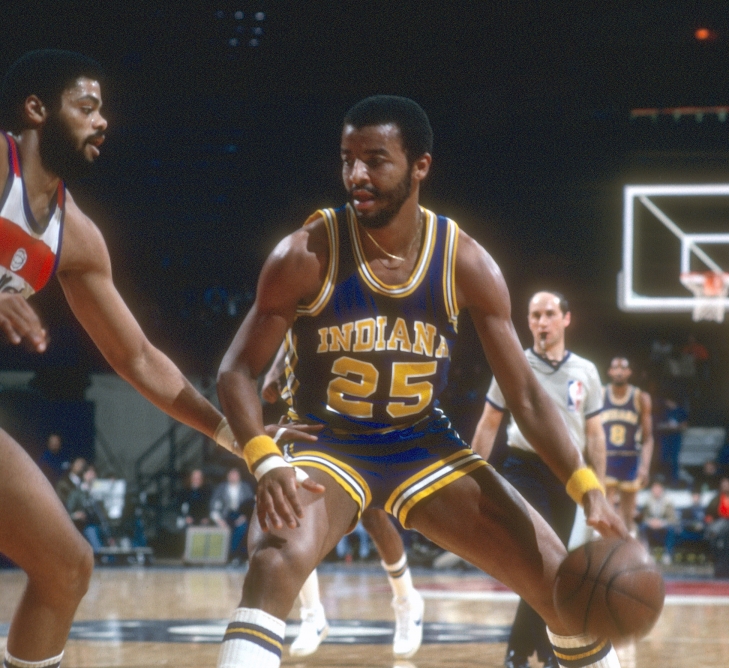 The Los Angeles Lakers drafted Billy Knight, but he was also chosen by the Indiana Pacers of the ABA.  It was the latter where he elected to sign.  He would immediately become the starting Small Forward, where he would make All-Rookie honors with a Points per Game Average of 17.1.  He followed that up with the best season of his life, increasing his Points per Game Average by double digits (28.1) and averaging a double-double with 10.1 boards.  This was the last season of the American Basketball Association, and he exited with a bang with an All-Star Game and First Team All-ABA nod.