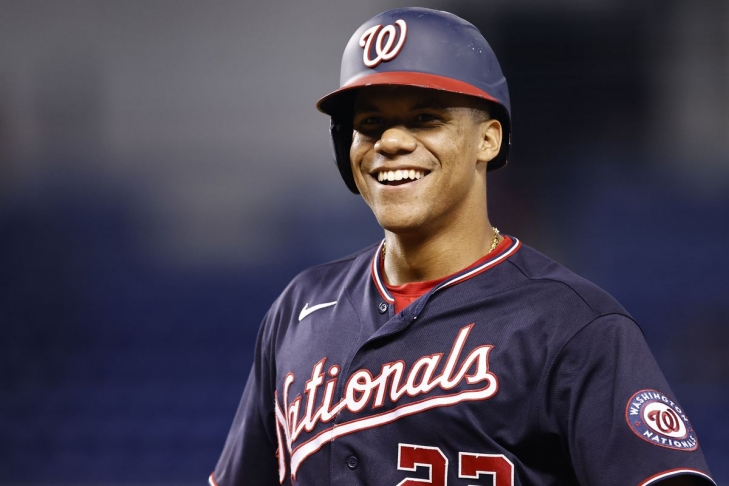 An All-Star for the first time this year, Juan Soto led the National League in Walks, and for the second year in a row, he was first in OBP.  Soto was also second in the NL in OPS and OPS+ (175).

We could easily have gone with Harper over Soto, and it was a last-minute decision to go with Soto, as Harper had a bad defensive year.  Harper was the one to beat Soto in OPS and OPS+ (179), and he also led the NL in Doubles (42).

Despite Judge’s great season, he is only Third Team, based on the accomplishments of Soto and Harper.