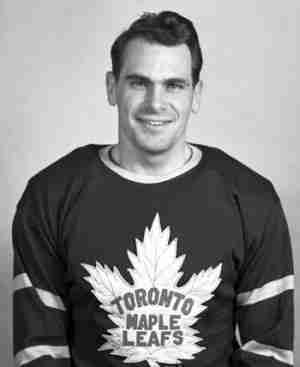 A career Centre for the Toronto Maple Leafs, Syl Apps won a large share of hardware for the Buds. Considered by his peers, his fans and his employers to be one of the classiest guys in the sport, Apps was also a very skilled player. He would twice lead the NHL in assists and retired with a point per game average. He won the first ever Calder Trophy in1937 as the Rookie of the Year, and won the Lady Byng in 1942 and three Stanley Cups. Apps would go down as one of the best captains the Toronto Maple Leafs ever had.