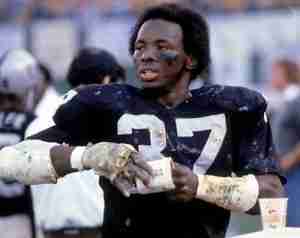 Lester Hayes is best known for two things.  The first was in 1980 where he had 13 picks and won the Defensive Player of the Year award. The year after the “Lester Hayes” rules were put into effect banning players from the use of “stickum”, an adhesive that Hayes was using to get a better grip on the ball.