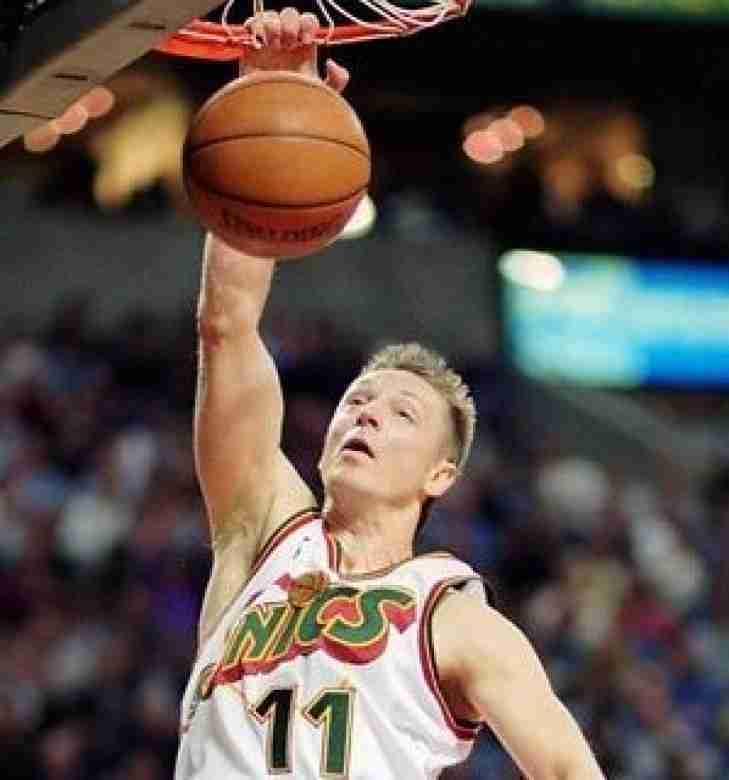 The first German star of the National Basketball Association, Detlef Schrempf was already an All Star (with Indiana) when he came to Seattle but it was in the state of Washington where he would become a national star.  Schrempf was a part of the Sonics push to the 1996 Finals and would make two more All Star Games while playing for Seattle.  Schrempf would post his best scoring season with 19.2 PPG (1994-95) as a Sonic.
Subscribe to this RSS feed